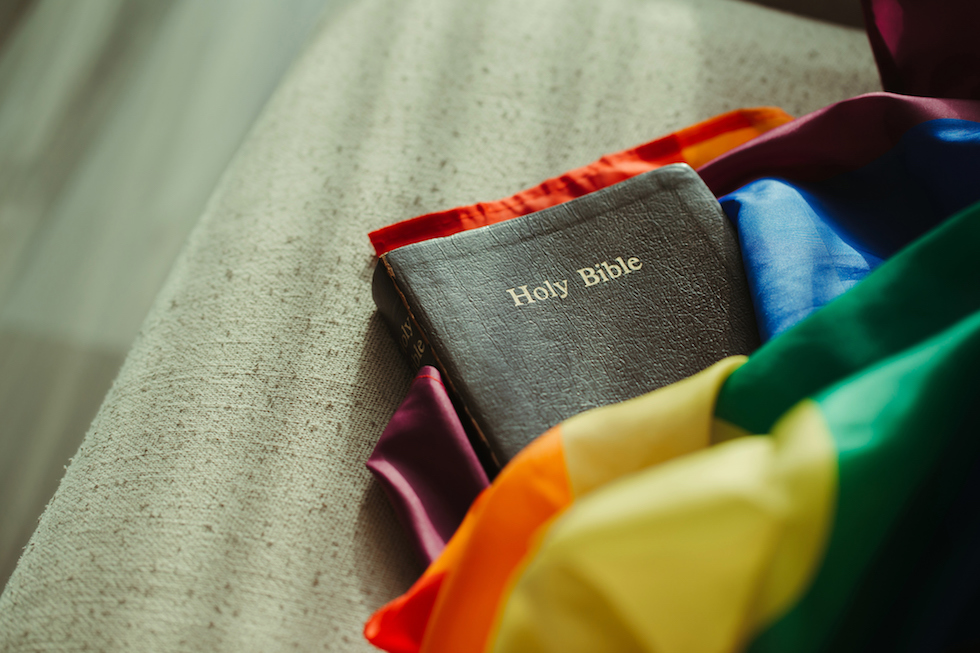 My upbringing, like that of so many others in my small Arkansas community, was shrouded in religious instruction. Church attendance wasn’t a one-time weekly check-the-box make-the-parents-happy affair. We rolled into church several times a week, primarily each Wednesday and Sunday morning and evening. To make sure the messages took hold, I got sent to church camp, youth group retreats, and long weekend revivals. It was a steady and impassioned diet of hell, fire, and brimstone, not to mention repentance and altar calls.

The foundation was anchored deep. It still is. But when my sixteen-year-old daughter revealed a burning secret, I had to come to terms with what I truly believed.

I went to pick her up following a volleyball match. As her teammates emptied onto the street, she jumped into the car and immediately began sobbing and shaking uncontrollably.

Between the heaves of tears, she managed, “Are you in a good or bad mood? I need to tell you something.” The crying continued. It was a full-blown anxiety attack.

“I am fine. Go ahead sweetie.” Could the volleyball match have been that bad?

“I don’t want you to be mad with me.” Did she get into a fight with an opposing player?

Wow. I didn’t see that coming. Still, in the moment, I knew I needed crash course come-to-Jesus meeting with myself. I had to take a spontaneous dive deep into my true moral code and values. The uttering of that one sentence—“I’m bisexual”—propelled me into a split-second decision of WWJD (What Would Jesus Do).

After the words spilled from her lips, my daughter stopped the sobbing and shaking. The poor thing, I thought. Her “secret” had amassed immense internal pressure for who knows how long and when she found the courage to share it with me, it was like the shattering of a dam, releasing a torrent of tormenting tears. Understandably, she was deathly afraid I’d be furious and reject her. Like me, she had been raised amid an all-encompassing religious environment.

We both knew what some have interpreted references in The Bible to mean about homosexuality, but until that moment in the car those scripture verses didn’t belong to us. They were convenient and often mindless tags to besmirch the conduct of others during their times of trouble, love the sinner, hate the sin.

We sat there for several hot seconds in silence while she pulled herself together enough to tell me she had a girlfriend, a follow-on revelation that triggered a new bout of sobbing.

I had never felt compassion for my daughter like I did that day. My whole being agonized for her. I couldn’t imagine the depth of pain she had long suffered worrying her mother might reject her and leave her out to dry. But that was never an option. Not supporting her didn’t have a chance in hell.

I chose love. I chose acceptance. I chose my relationship. I chose HER.

No matter what the Bible may say about homosexuality, Jesus embraced all God’s children unconditionally. “I am the bread of life; he who comes to Me will not hunger, and he who believes in Me will never thirst. But I said to you that you have seen Me, and yet do not believe. All that the Father gives Me will come to Me, and the one who comes to Me I will certainly not cast out.”

I have no standing to pass judgment on my daughter. I believe I have been called not only to declare my love for my daughter, but to demonstrate that love through action. I believe that is what Jesus would do.