When Leprechauns Were My Friends

When Leprechauns Were My Friends 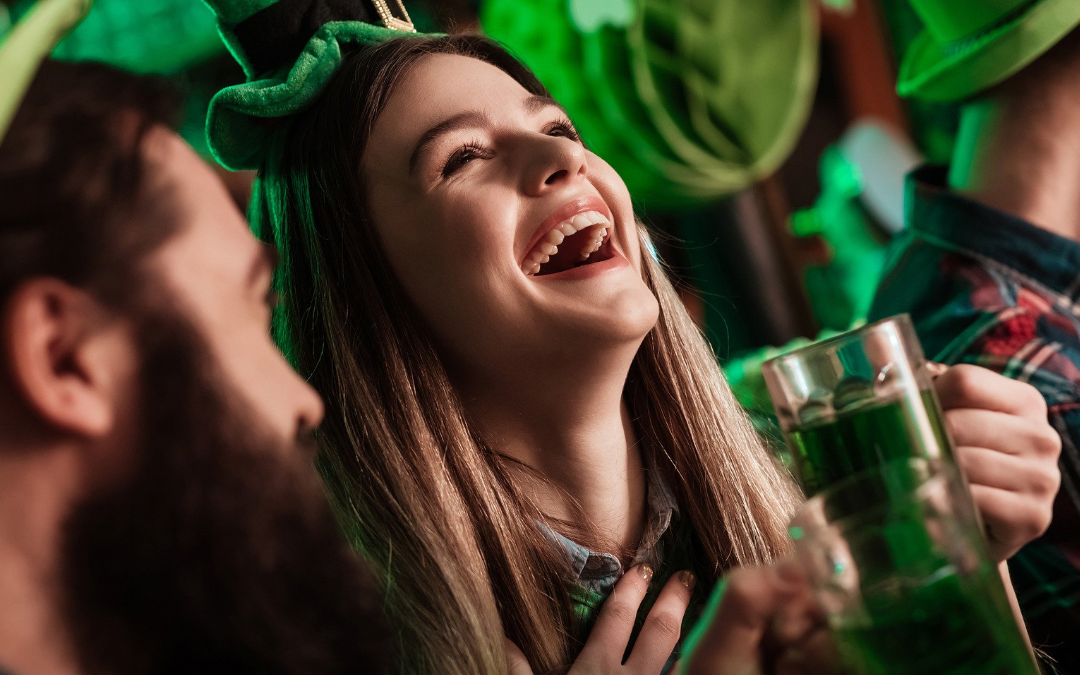 Imagine my shock at the ripe age of fourteen, after being religiously indoctrinated that imbibing alcohol was a sure-fire way to get an express ticket to hell, when I received from my parents at Christmas a set of funky little leprechauns filled with whiskey. Talk about flipping the switch on a moral code.

Recoiling from the shock of it all—dare I say hypocrisy—I deposited the cute ceramic figures on a wicker shelf in my bedroom, content for them to stand as symbolic reminders of the on-high repercussions I might suffer if I should ever succumb to the temptation of such delectable forbidden fruit.

My parents separated eight months later, and not surprisingly in the circumstances, I turned to my little ceramic, non-judgmental friends, who had been gathering dust, for support. Looking back, I realize that what awaited me inside those bedroom friends proved too powerful for me instead to defer dutifully to the auger of damnation. Woe was me.

And so, I did what many self-respecting teenagers might do. I eagerly broke the seal on the top of those purportedly lucky leprechauns and mixed a whiskey and flavored water drink in a glass. It was a milestone day, my first sip of alcohol, taken within the safe confines of my bedroom, such a deliciously auspicious moment. I savored not the flavor, but the experience of the numbness that followed. Anything to alleviate the pain and awkwardness of my parents’ impending divorce and the uncomfortable reality in which I had then found myself.

In the settling of historical dust, alcohol proved a parting gift from my parents and their unraveling relationship. Courtesy of them, I had a starter kit for alcohol as a sidekick as I approached young adulthood. I find it comical to think that two people so bent on keeping me from alcohol and banishment to hell green-lit me to take a formidable step in the opposite direction.

My relationship with alcohol grew steadily over the years. I went from curious indulger to carouser. I had taken an immersion course in toxicity. I became the ringmaster of my own shit show. I had morphed into a wildly dramatic, terrifying, obscene, asinine, and entertaining young adult, all in record time. I have to say, I was worth the price of admission. If you were lucky enough to have bagged a ticket to my show, you were in for a treat.

Down deep, I was not proud. I was disgusted and ashamed. I would spend the day after parties hung over and riddled with guilt. I would desperately try to recount all I did wrong, who I offended, and what insanity spilled from my lips. I would call friends to fill in the blanks. I detested the day after. I believed for years I was headed straight to hell but could not stop the train. It had a life of its own it seemed.

Alcohol became a trigger that pushed all my buttons at once, thrusting open the floodgates of all my pain and internal wounds. Alcohol was my liquid band aid, which seemed socially acceptable. Becoming intoxicated as a teenager, a college student, or a graduate, was a time-honored tradition. And so, it became a way of life. It wasn’t a big deal to sit in my driveway later with my kids playing in the yard, while I downed a bottle of wine. My self-delusion and weak justification were simple: everyone drinks. Wrong.

Fast forward to sobriety. Yes, I am leapfrogging over many drunken and embarrassing stories I could tell, relegating until later the various ways my life was dusted with drunken nights. Fear not, I will be exploring those anecdotes and the lessons they taught me soon.

For now, let me close with this: my struggles taught me the value of self-honesty and the equally vital importance of hope and how amassing change comes one day at a time, one tiny increment toward the next. Think small and big will come. Now that’s a cup to drink from.